Below are this year’s scholarship winners in the Stillwater Community Arts Young Artist Program who are able to perform for Artsapalooza 2014. We are very proud of them all!

Paige Bacon is now going into her senior year at Hermon High School and has been singing and playing guitar since the young age of six. Paige has competed in many vocal competitions and last summer she won the Eastern Maine American Idol contest and got to audition in front of American Idol producers.  She is involved in her school’s theatre and show choir  programs, won two soloist awards at the State of Maine Show Choir competition where her show choir also placed first for two years.

Brooke Nason has dreamed of being a singer since the young age of three and at thirteen she began writing her own songs and a year after that she picked up the guitar and found her true calling. Brook is now going into her senior year at Hermon High School and is involved in her school’s band, show choir, and theatre program. She is a captain of the reigning 2014 State Show Choir Champions: the Hermon High School Treble Makers.

Tori Grindel is a visual artist who attends Old Town High School. She says” I want to express what I can for myself and others. Sometimes I don’t even know what it is I’m trying to tell everyone,but it manages to show better when I can physically present it to the world.”

Tori will be showing her art at the Black Bear Brewery from 7:00 to 7:40 p.m. along with singer Hannah Berry.

Lydia Bolin attends Orono High School where she continues her pursuit of singing which began in middle school with an inspiring chorus teacher. She was in All State Chorus this year.

Lydia will be performing at Harvest Moon along with Allison Pickering from 8:00 p.m. to 8:40 p.m.

Hanna Renado just graduated from Orono High School and has been studying the violin since she was eight years old. For the past four years she has studied with Gilda Joffe, who is Senior Faculty Chair of the Bay Chamber Music School.

Hanna will be performing at the Church of Universal Fellowship from 7:00 to 7:40 p.m. as will Nicolas Southwick on the flute.

Katie Woodilla studies at Herman High School and aspires “to stand on the Broadway stage” as a singer and actress. She has been participating in theatre since she was in kindergarten and has done straight plays and musicals at school, in competition and in community theatre.

Connor Magliozzi is going into his sophmore year at Hermon High School and aspires to be a comic actor. He already has a number of theatrical roles to his credit, including Pigpen in Charlie Brown and Danny Zuko in Grease.

See Katie and Connor (voice, drama, and acoustic guitar)at the  Church of Universal Fellowship from 9:00 p.m. to 9:40 p.m.

Kate Kirby is a documentary film maker who grew up in Orono. She founded Kindred Planet Productions “to capture the interconnectedness of a 21st century world, raise awareness around social justice issues, and inspire action.” Her first documentary -Quinoa Soup, takes place in Bolivia and will be screened at this year’s KahBang Film Festival in Bangor. She is currently co-producing her second documentary, Elephant Keeper, filmed in Laos, with Meg Webster.You can find out more about Kate at www.KindredPlanetProductions.com.

Kate will show a preview of Quinoa Soup, Elephant Keeper and some behind the scenes footage of what international documentary film making looks like at Thai Orchid from 6:00 p.m. to 6:40 p.m.

–On Saturday I’ll show a preview of Quinoa Soup, Elephant Keeper and some behind the scenes footage of what international documentary filmmaking looks like, as well as answer any questions people might have!

New for Artsapalooza  2014: A Children’s Parade! A parade will start from behind Orono Public Library at 5:30p.m. (Come at 5 to get ready) Bring a costume and noisemaker. Big thanks to Van Syckle Kia for sponsoring this!

Artsapalooza 2014 has a wide variety of performances for you to pick and choose from. 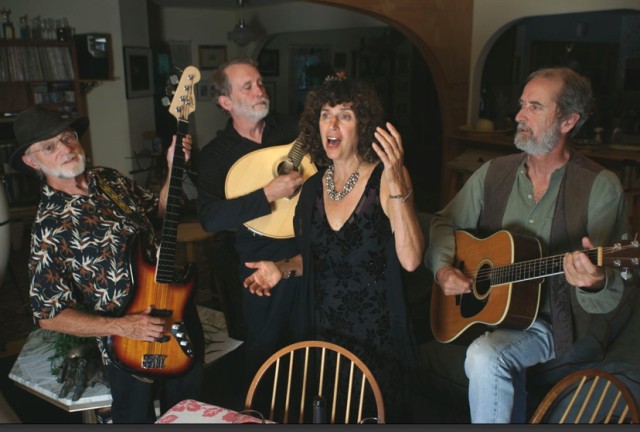 Tremolino is four Maine musicians who play Portuguese fado and more. Leslie Stein has sung various kinds of music over the years, from folk to rock to musicals and jazz. Fado is her current passion, and she plays guitar. Stein has also performed as an actor in Mid-Coast and Central Maine theaters. Jim Macdonald, a graduate of the Allman Brothers School of Endless Guitar Solos, has explored many kinds of music and now plays “viola de fado”, which is what Portuguese call the guitar. Doug Ronco has played sinuous and accomplished bass in many forms and lends his ear for world music. Chris Marshall has been in a Russian balalaika group, a Javanese gamelan and a Bulgarian dance band; Marshall says he is amazed by the resemblance of fado to Russian gypsy music.

Dan and Chris Crocker are local educators (Dan is the Dean of Enrollment Management at Eastern Maine Community College, Chris teaches Spanish at Orono High School) who have been part of the  greater Bangor area dancing scene for over 14 years. Performance swing and lindyhop dancers, this athletic, energetic and dynamic duo share their love of dance by volunteering their time to such worthy events as the Dancing Like the Stars Project Graduation performances, dance exhibitions, dance choreography for Orono High School musicals, Stillwater Artzapalooza and other fundraisers. If you haven’t seen them dance, don’t miss this opportunity to watch them go head over heels. And make sure you bring comfortable shoes, ‘cause you’ll get to learn a few moves and then share the dance floor with two of the area’s best!  Dan and Chris will be moving and shaking at Stillwater Artsapalooza 2014 on Saturday, June 21 at the Keith Anderson Community House from 7:00-7:40p.m., don’t miss the fun! 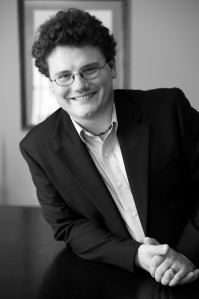 Come hear the wonderful sound of Colin Graebert as he plays the piano and sings at the Methodist Church at 8:00 p.m.-8:40p.m.  If you’re interested in hearing Colin before (or after) Artsapalooza, check out his website (www.colingraebert.com) and catch one of the numerous bands with which he’s associated.

“Sunset Strip” is a blues-based rock band that plays a foot-tapping, dance to and sing along with mix of classic rock, blues, oldies, soul, contemporary, and original songs. Celebrating it’s 21st year, Sunset Strip is a special events band that plays weddings, private parties, community festivals, business functions and the occasional benefit, and is known for the fact that all band members also participate in the vocals 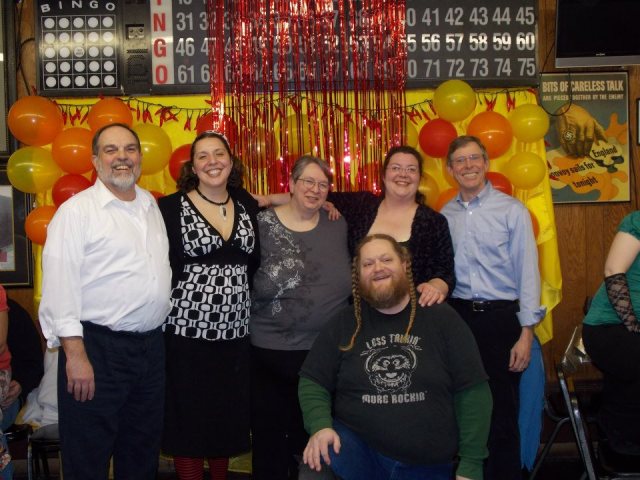 When asked the origin of the bands name, Gil replies, “If you are wondering if we got our name from the famed Sunset “Strip” Boulevard in Los Angeles, we’re not that glamorous. Actually, we took our name from the street in Brewer where we rehearsed in a member’s home for many years.”

Gil adds that, “We’re excited to play the Artsapalooza festival for the second year in a row. The band had a great time last year, and Orono Firehouse crew was wonderful to us. We expect many of our fans to come out again, and hopefully, many new fans will be there, not only to enjoy us, but everything else that the festival has to offer too!”

Long-time Orono residents Marisue and John W. Pickering began publishing their respective travel writing and travel photography a number of years ago. Their decades-long experiences as educators and their shared interest in exploring Maine’s historical and cultural heritage as well as its natural world have come together in a unique travel guide, Maine – Beyond the Usual. Published in 2013 by Maine Authors Publishing in Rockland. 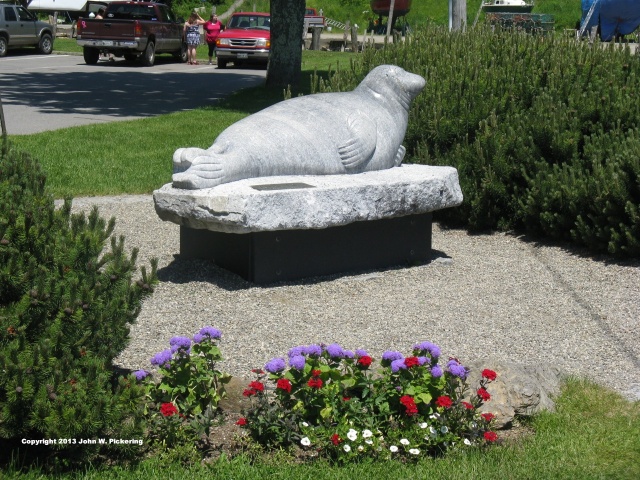 Maine – Beyond the Usual takes travelers to 50 “beyond the usual” Maine sites, each presented through John’s photographs and Marisue’s short essays. Join the Pickerings  at the Orono Public Library from 6:00p.m. to 6:40p.m.  on June 21st! 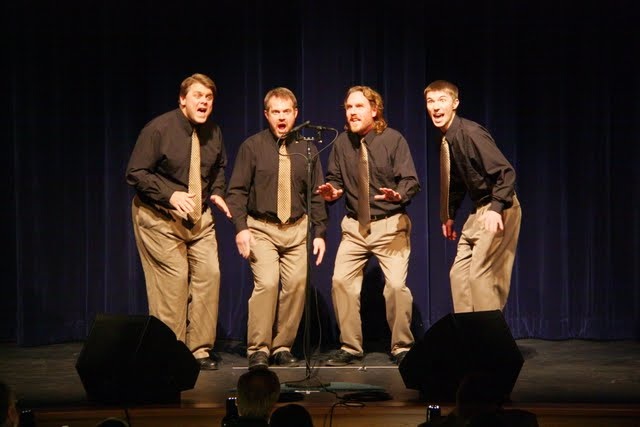 Who doesn’t love A Capella music?  Tight harmonies, fun lyrics, and an all around good time, which may be why our featured a capella group is aptly named Good-Time Sound.   Ben Clark-Tenor, Jon Hawley-Lead, Mike Peterson-Baritone, and Bill Yates-Bass are the current singers in Good-Time Sound. Good-Time Sound has been singing together for over three years.  They first harmonized as the cast of the clever musical Forever Plaid at the Waterville Opera House and they enjoyed the sounds and company so much that they just kept on “busting chords” together as an a capella quartet!  One of their original members, Todd Lake, moved on to bigger and better things down south, but they’ve found a replacement and are back at making music that’s better than ever!

Good-Time Sound love to sing and perform a variety of musical genres from doo-wop to barbershop, contemporary to classical.  Some of their favorites are Blue Moon, Brown-Eyed Girl, Happy Together, King of the Road, Mood Indigo, Sitting on the Dock of the Bay, and the list goes on.  So come hear this fantastic group at Stillwater Artsapalooza on June 21 all over downtown Orono.  Catch them at Verve from 6:00-6:40 p.m.,  The Store from 7:00-7:40 p.m.and finally at  The Black Bear Brewery  from 8:00-8:40 p.m.

Who doesn’t like have a story told to them?  Story Slam Bangor is reviving the tradition of community storytelling through monthly “story slams” where community (audience)members are invited to share a story related to the monthly theme. The story must be original, told without notes, and no more than five minutes long. Stories range from the ridiculous and funny to the tragic and astounding. At the end of the evening, the audience chooses the “story of the night.” Themes are often vague and open to wide interpretation and the competition is not the heart of the event; it is only meant to encourage attention to craftsmanship.To learn more about Story Slam Bangor, check out their Facebook page. Story Slam Bangor is a fantastic community building program and will be at Verve from 8:00 p.m. to 8:40 p.m. at Stillwater Artsapalooza on Saturday, June 21st!

The Big DayJune 18, 2022
Come celebrate the arts in downtown Orono!
Join 42 other followers